He celebrated his 88th birthday after a long and full life the day before he passed. The event was celebrated at Surrey Memorial Hospital with a steady stream of visiting family members, and the love of his life, Janet, to whom he was married for 59 years. He had enjoyed the singing of “Happy Birthday” to him, and proudly told a family member how the nurses had remarked about the wonderful family he has.

Anyone who knew Dean recognized that he had an outgoing personality. He liked to get to know people and share stories with anyone willing to listen. He was a very caring and loving husband, father, grandfather, and great grandfather always making sure his family was taken care of.

On September 4, 1928, Erwin Edward Rochel first saw the light of day at home at a high rise in Allenstein, East Prussia (now Olsztyn in Poland). He was the eldest of five, his siblings being Eve, Rudi, Sabine, and Regine. His father was a tailor, his mother a hairdresser.

Dean had many stories to share of his childhood. One he would fondly tell is when he and a friend were hired to be in charge of pumping the bellows supplying air to operate the church pipe organ. One Sunday, while the schoolmaster played the organ, the boys left their post halfway through the song. The organ ran out of air and as they left the scene, it played quieter and quieter much to the chagrin of the helpless musician.

As a teenager, he, his mother, and his siblings fled East Prussia as the Russian soldiers advanced west. His father was off at war and they were reunited when the family returned. Upon their return they discovered the town they arrived at had been bombed. Dean knew the lay of the land so well that he recognized the lay out of the basements, and was able to sort together supplies his family needed.

Dean’s uncle George had been in Lethbridge, Alberta through the war. Letters he wrote back home his aunt read to Dean, and he heard about how beautiful it was. Ten years later Dean would be in Canada himself. Germany was in bad shape after World War II and Dean decided to head west to the “promised land” in 1952. He worked his way west to Fernie from Montreal by train, ending up working as a coal miner in that small BC town for three years.

Dean arrived in Vancouver in the summer of 1955. Soon after he was introduced to Janet (“Jenny”) on a blind date, the love of his life. He first took a job at the White Spot drive-in restaurant on Broadway as a coffee boy, only lasting a few weeks. He finally landed a job at Frank Leonard Studios after proving his skills doing touch-ups on a badly scratched photo. He ended up working there for seven years. Some of Dean’s black & white and colour photos are in historical record books of Vancouver, specially focusing on commercial new builds and bridges of the time.

Dean and Janet married on May 31, 1957 and soon after Martin came along in 1959. During this time, Dean and Janet started looking into the teachings of Rudolf Steiner and Anthroposophy, and visited pertaining study groups meeting in the Vancouver area. As the need presented itself for Martin to be baptized, the seed was planted for The Christian Community in Vancouver. Dean also became interested in biodynamic gardening, a related study, which would later become an even more important part of he and his family’s life in a very practical way.

St Paul’s Hospital, and later UBC Hospital, welcomed him as a medical photographer initially through a tip from Fred Herzog. Dean had been working in the developing room in the Frank Leonard Studio, cut himself, gone to St Paul’s and run into Fred, who he recognized from Stuttgart, Germany. Fred showed him what he did as the photographer there. Dean had not even been aware that such a job, biomedical photographer, existed. One day Fred called him and offered him the job he was vacating. Dean worked in that particular field of photography for over three decades until his retirement in 1989.

On the side, Dean recorded weddings with his photography skills and is thought to be the photographer who started the Vancouver tradition of having ones wedding pictures taken at Queen Elizabeth Park.

As Dean and Janet had the opportunity to buy land in their process of settling down, he had a choice to purchase land in North Vancouver or Richmond. In the end, Dean chose the fertile land of Richmond as the location of where to plant his growing family and garden. In buying this property, Dean knew he could finally practice his knowledge of biodynamic gardening. As his family heartily expresses, Dean enjoyed preparing his garden in this way, and growing vegetables. He did this with the help of his wife and family, even into his final years. It was much more than a hobby for him. It was also that he desired to cooperate with nature in this very simple way to provide this sustenance for his family.

Janet and sons remember camping trips, summertime picnics to Centennial Beach, picking up fruit on VW bus runs to the Okanagan, and tobogganing on Mt. Seymour. He and Janet were avid travellers into their 70s, visiting countries such as Janet’s home country of Scotland, countries in Europe and Scandinavia, and Australia. They also travelled much of western Canada and the United States in their VW van. 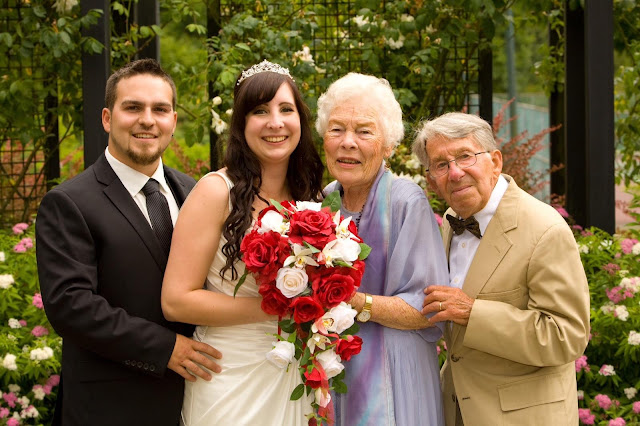 My aircraft and aviation blog

Quotes on the road (a book in my left hand, the thumb out with my right hand)

“Ship’s horn and whistle” (boats, ships, and their companies)

Places I have enjoyed for food and/or drink

Around the world we go